Objections have been made about the plan for Brouwerij ‘t IJ to take over the Blauwe Theehuis in Vondelpark. The brewery has promised longer opening hours and some people are not happy about that. It’s currently planned that their new licence will allow them to open until 1am during the week, and until 3am at weekends. Local residents have expressed their dissatisfaction with the plans and the independent association, the Vrienden van het Vondelpark (VVVP) have proposed that the new catering premises should not open later than midnight. The Brouwerij ‘t IJ is due to open the new branch in the spring.

The city council have had a huge response to their proposal to move scooter traffic out of Amsterdam’s cycle lanes. Over 4500 people and organisations commented on the plans, both for and against, and these are now being considered before the final decision at the end November.

A hand grenade left at Fysiomed in Stadionbuurt does not merit the closure of the centre for now, whilst the police are investigating. The popular sports physiotherapy centre near Amsterdam’s Olympic Stadium, has had no warnings, according to it’s owner, Wouter Post and he does not know why they were targeted. Het Parool reports that the mayor, Femke Halsema is conscious that business owners can become victims twice, if the city rushes to close them following such attacks. After police and safety checks, Fysiomed was reopened to the public after an hour and a half.

The mayor has ruled out the possibility of Formula 1 Grand Prix racing in Amsterdam. Femke Halsema gave her opinion in a letter to the council, the Het Parool newpaper reports. This is following various media reports, a year ago, that said Amsterdam was a real contender for the high profile sports event. Formula 1 is looking at new locations for the grand prix and due to the success of Dutch racing driver, Max Verstappen, the Netherlands might be a good fit. Halsema also said that no approach had been made by Formula 1 to the city, and any approach would not be considered. For one thing, it doesn’t fit with the current policy to improve Amsterdam’s air quality. Nearby Zandvoort, however, remains an option.

Two striking plane trees in Amsterdam have been nominated for the national Tree of the Year competition. The idea is to honour special trees with a good story, rather than just size or beauty. The pair of trees in the Leidsebosje were planted in 1862. The Leidsebosje is the small green space on the Stadshouderskade, by the bridge to Leidesplein. These two trees are the thickest in the city, with about 7m circumference. They have been moved at great cost during their lifetime, and one has been honoured by The Unknown Scuptor, an anonymous Amsterdam artist who put his artwork, ‘Boomzagertje’, depicting a woodcutter, on one of the branches. Our Noord Holland planes trees are up against entries from the other 11 Dutch provinces and the winner of the national competition will be put forward for the European Tree of the Year. You can vote for the Netherlands’ Tree of the Year at: deboomvanhetjaar.nl until 15 October.

VUmc closes intensive care for children | Following its temporary closure over the summer, the pediatric intensive care unit of the VUmc is now permanently closed. Children can still go to the emergency department of the VUmc, however. The hospital was unable to find enough specialist nurses to staff the children’s intensive care unit. The AMC hospital has expanded its capacity accordingly. It’s reported that the strategy of Amsterdam’s two merged academic hospitals, VUmc and AMC, is to concentrate specialist care at certain locations, so for example pediatrics would be concentrated at the AMC in the same way that oncology has been concentrated at the VU location, in order to develop cancer specialisms. The new name for the merged institutions is Amsterdam UMC.

On 31 August two tourists from the United States were stabbed at Amsterdam Central Station. The two victims were seriously injured but are recovering. The main suspect in the attack at Amsterdam Centraal Station, 19-year-old Jawed S., an Afghan national with a German residence permit, remains in custody. The attack itself only lasted nine seconds, as ‘spotter’ police agents had already noticed the suspect. A terrorism motive is suspected. Following the event, no further security measures were thought necessary with the Mayor expressing her wish that Amsterdammers could carry on with life as normal.

For links on these local news stories and more, see our Pinterest News board.

Going to the fair? 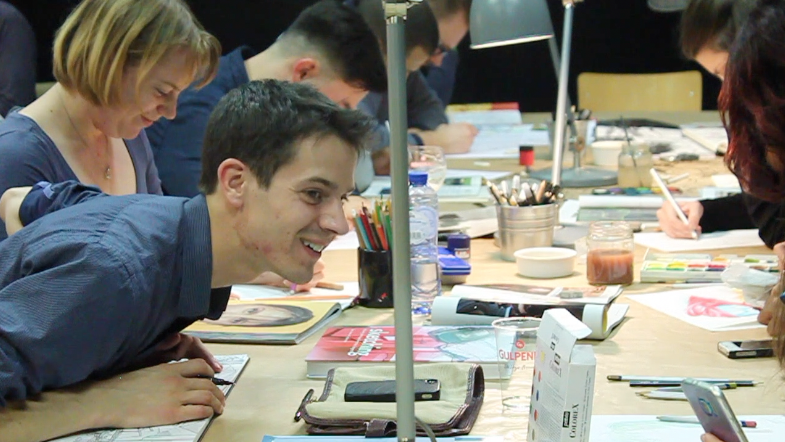