A petition against mass tourism in Amsterdam has quickly reached enough signatures for a referendum. The petition calls on the municipality to set limits on mass tourism and has already reached 27,000 signatures, the lower limit for a referendum. The city council is now obliged to consider the proposal. If the council rejects the ideas, the initiators can now demand an advisory referendum. The main elements of the proposal include a new maximum number of tourists per year in the city and the appointment of an alderman for Tourism & Liveability.

An anti-racism protest in Amsterdam’s Bijmer district has been organised for 10 June, and has been moved from Anton de Komplein to to the adjacent Nelson Mandelapark, reports Het Parool newspaper. Almost 6,000 people have already indicated their interest for this event on social media, supporting Black Lives Matter. The organisers have aksed people to wear face masks and to stay at home if they have any symptoms of COVID-19.

Not all Amsterdam schools fully opened again on 8 June, due to the combination of teacher shortages and the coronavirus. For example, Het Parool reports that of the sixteen schools of the Stichting Westelijke Tuinsteden school group, only three reopened on 8 June. School umbrella organisation, Staij, reports that it is not possible to teach at all schools five days a week, with one school at least not opening on Wednesdays. The teacher shortage also affects many schools in Amsterdam Noord, with the Innoord organisation estimating that only 60-70% of their 16 primary schools would open fully to start with. With the half-occupancy with which schools have been working since the reopening on 11 May, there was still some wiggle room. But now that full classes are permitted, some schools are facing problems. It also seems likely that even after the summer, not all schools will be able to open fully.

The municipality of Amsterdam has now spent €81m on the Temporary Bridging Scheme for Independent Entrepreneurs, aka the Tijdelijke Overbruggingsregeling Zelfstandige Ondernemers (Tozo). As of 3 June, the municipality has received 40,702 completed application forms, Het Parool reports. In the period from March through to May, the municipality made 68,497 advance payments. According to a spokesman for the municipality, about 10% of the applications are rejected, 60% of which because the applicant’s income is too high. The Tozo emergency measure can support those who need it with up to €1,500 per month. From 1 June, entrepreneurs can apply for Tozo 2.0 from the municipality which now takes into account a partner’s income when assessing the amount of the living allowance.

Mayor Halsema has decided to ban all demonstrations on Dam Square for the time being. Museumplein was chosen as an alternative, if social distancing measures are applied. Halsema, together with the chief of police and the public prosecutor, refers to the narrow shopping streets around the Dam, the many terraces and the presence of commuters as an extra risk for that location during the corona crisis. This follows a huge anti-racism protest on 1 June on Dam Square that unexpectedly attracted over 5,000 people. Het Parool reports that Mayor Halsema has ordered an independent investigation into the provision of information by the municipality and the police, to prevent extreme crowds on the Dam in the future. It is now reported that there may actually have been more than 10,000 people in Dam Square on 1 June. The municipality does not consider it likely that the event led to a large-scale contamination with Covid-19 and the municipality will monitor whether the crowds on the Dam has lead to in increase in the number of infections with the corona virus. People who report to the GGD with health complaints will be asked if they attended the demonstration on the Dam on 1 June.

Amsterdam’s Mayor has told Dutch TV programme, Op1, that the huge demonstration on Dam Square on 1 June, protesting against the death of George Floyd in the US, had been massively underestimated by both the municipality and the police. Het Parool newspaper reports that Halsema also admitted that she would have handled things differently if she had known how busy the demonstration would be. About 250 to 300 protesters had been anticipated, and it was thought that Dam Square, and the police, could handle a demonstration of up to 1,000 people, whilst maintaining social distancing. When 5,000 people actually turned out there were no crush barriers to close the square, and not enough police  officers to disperse the crowd. Mayor Halsema argued that allowing the demonstration to continue, despite the risks from COVID-19, was the responsible choice in the circumstances. There has been much criticism of the mayor’s decision not to end the demonstration. Forum for Democracy in Amsterdam has already announced that it will table a no-confidence motion against Halsema because of the crowds on Dam Square.

International residents are being asked for their experience of the housing situation in the Netherlands. ICAP, the International Community Advisory Panel, have put out a new housing survey, with the intention of shaping government policy. For example, the results of ICAP’s previous survey on housing in 2017 led Amsterdam city officials to adjust their strategy towards aiding international workers find somewhere to live. It also helped dispel myths about how much expats can afford to pay in rent, and revealed the popularity of home ownership. A lot has changed since then, says ICAP, which is why they are asking internationals further questions on housing. You can contribute to the survey at icapnl.com until 12 June, at least. ICAP is also planning a new survey on discrimination in the Netherlands. If you want to be informed when this is this is released, sign up for their email updates on the ICAP website. 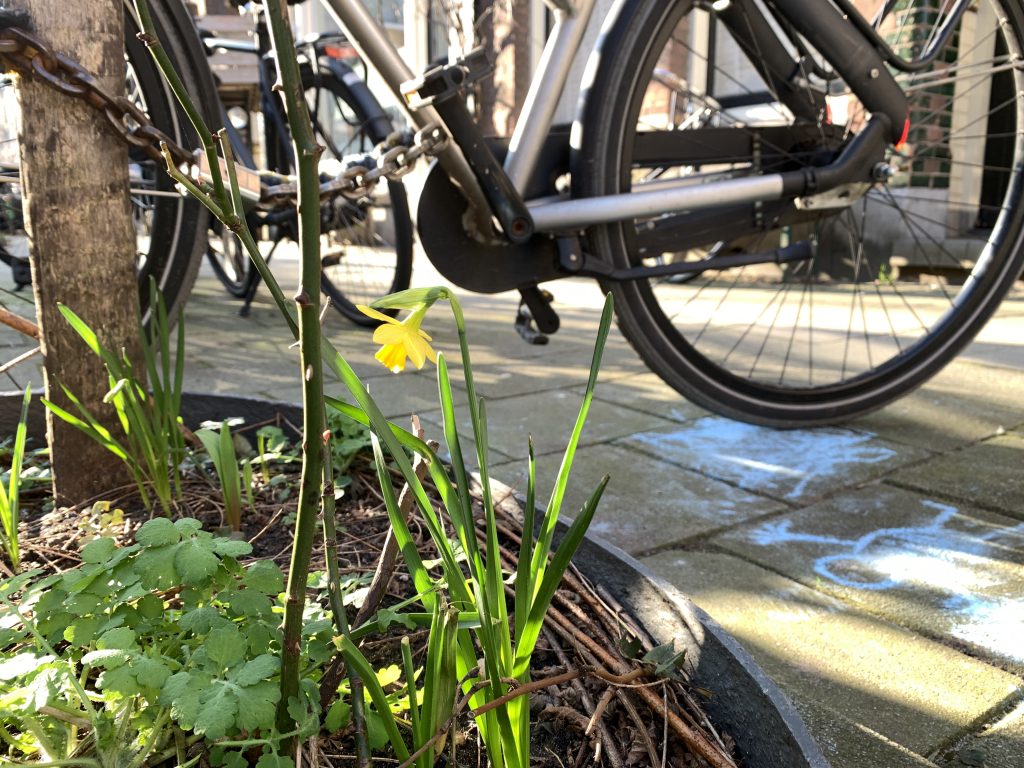 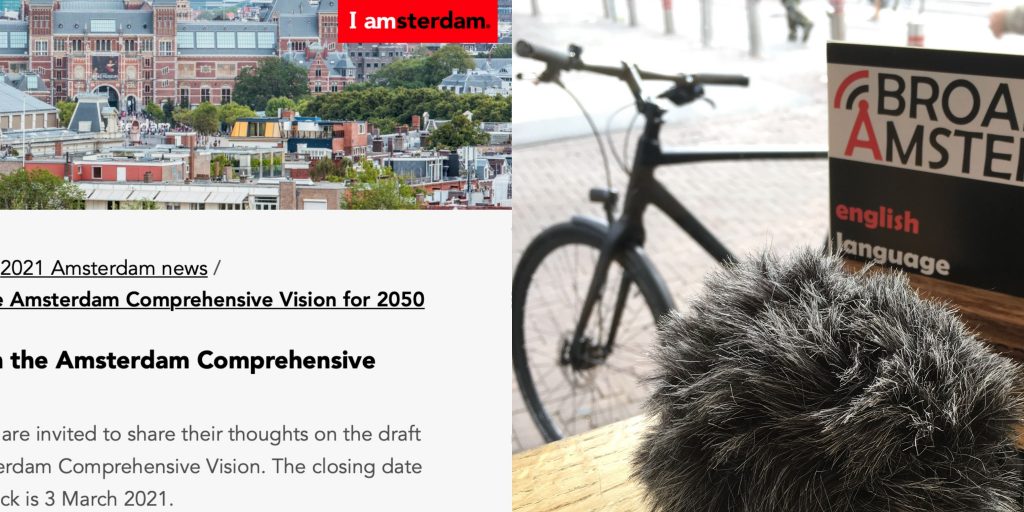 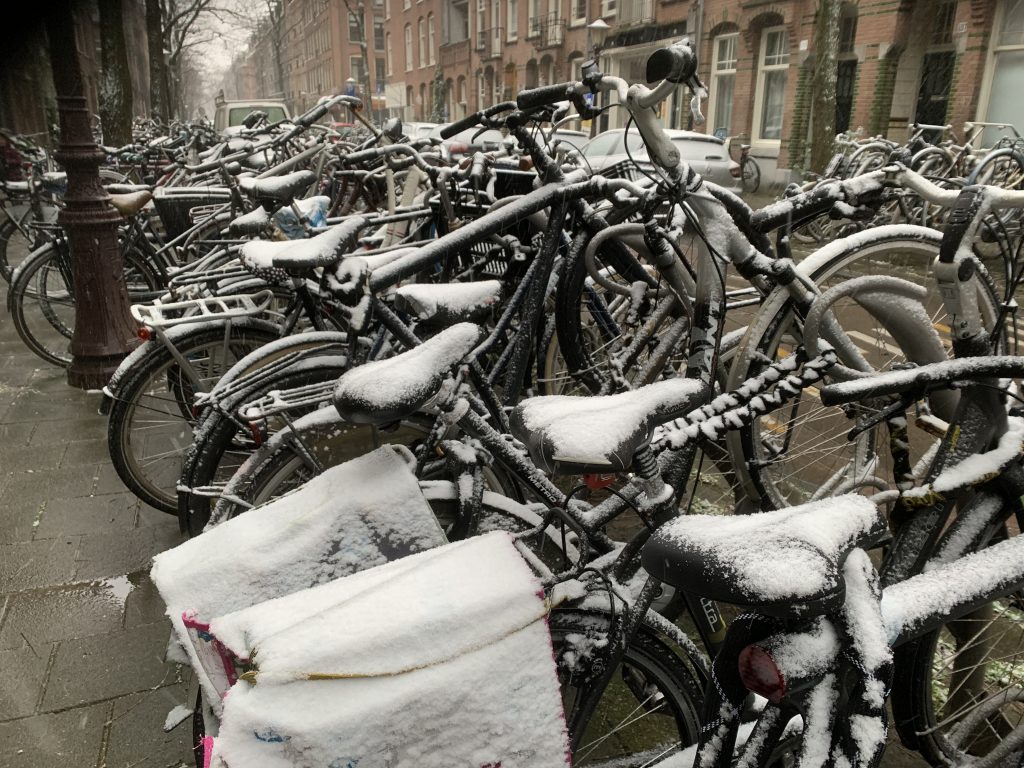